View All Results
Our Expertise 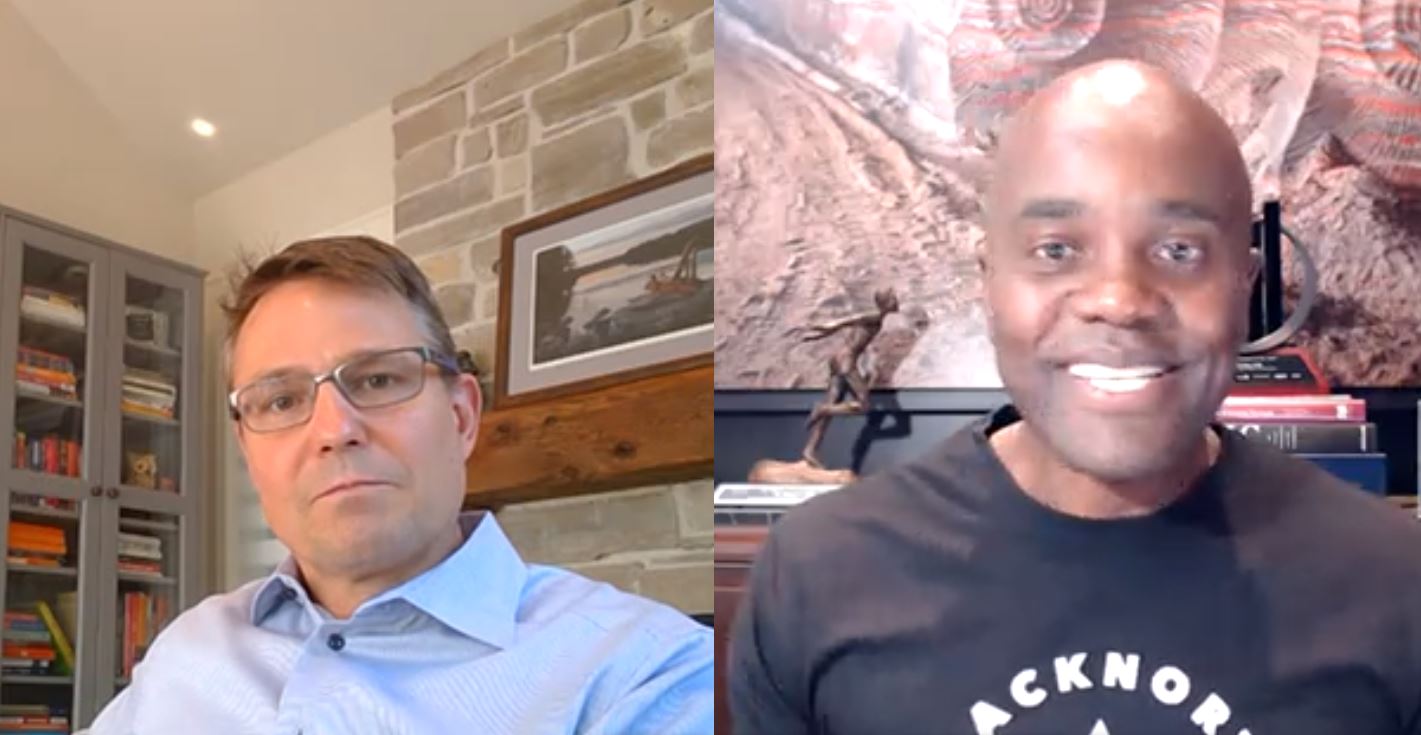 The need to address systemic anti-Black racism and increase diversity and inclusion in Canadian businesses and boardrooms has risen on the corporate agenda. John Graham, Senior Managing Director at CPP Investments, recently hosted a virtual discussion with Wes Hall, an entrepreneur, governance expert, philanthropist and founder of the BlackNorth Initiative. The organization works to eliminate systemic barriers to advancement for Black colleagues, ensuring Black communities across Canada are aware of employment opportunities and creating opportunities for under-represented groups. Hall is also the founder of Kingsdale Advisors, a leading shareholder services and advisory firm, and the founding chairman of the Canadian Council of Business Leaders against Anti-Black Systemic Racism. 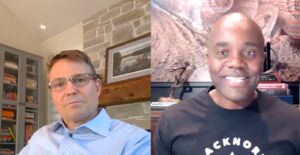 CPP Investments is one of more than 300 organizations that have signed BlackNorth’s pledge to work toward ending systemic racism. Our commitment includes hiring 5 per cent of our internship students in Canada from the Black community and providing anti-racism training. We invited Hall to share his perspective on how Corporate Canada and the investor community can better advance the cause of equality and inclusion.

What follows are edited excerpts from that conversation.

“Using a business mind to solve a social problem”

John Graham: You launched BlackNorth this past June. What sparked its creation?

Wes Hall: At the time of George Floyd’s murder, my team and I were busy managing our businesses through the COVID-19 crisis. But then I watched the video of that police officer kneeling on the Black man’s neck for eight minutes and 46 seconds. Can you imagine if you constantly saw members of your ethnic group getting murdered in public? Yet here I am in meetings and everybody expects me to act like it’s business as usual.

I put my pen down that day and I said, “I’m not doing work because this is affecting me mentally.” I sat down and started writing down my feelings as a Black person and submitted that as an op-ed to the Globe and Mail. I said, “When I look into the mirror, I see George Floyd.” And I do, because all people see is a Black man; they don’t care how successful I am. I wrote about my daily experiences, like jogging in my upscale neighbourhood with my wife [who is white] and someone stopping her to ask if they could use her personal trainer. I wrote about a repairman coming to my house and asking me to get Mr. Hall. I wrote about seeing an older white woman fall and hesitating to help her—because Black men are conditioned to think twice before they take any action. She could be disoriented, and then people would see a Black man standing over this woman who was fighting him off and might call the police.

People were shocked. Many Bay Street colleagues called me afterwards. One well-known Canadian businessman came over and he said, “Wes, I knew Black people had a hard time but until I read your article, I didn’t get it.”

You hear stories of Black mothers who will not go to bed until their sons come home. You hear stories of Black people being afraid when police officers stop them because they think they may lose their lives. Time and time again, when I would leave a hotel, somebody stepping out of their car would say, “Here’s my key, go valet my car.” This happens every day. My kids have to use the front door when they visit friends because, if they use the side door, a neighbour might call the police. Every time my boys go out, I worry. They are big boys and they know that if they’re walking in the evening and see a white person coming towards them, they should cross the street to make that person feel comfortable. We should not be dealing with this in 2020.

I started getting calls from top business people. They didn’t say, “I have a solution.” They asked me, “What can I do to help you?” So we formed a group called the Canadian Council of Business Leaders against Anti-Black Systemic Racism, which we later shortened to simply BlackNorth. We are using a business mind to solve a social problem, just like we’re doing with COVID-19. With that crisis, we stopped competing with each other and started to share best practices. So let’s take the same approach to anti-Black racism. 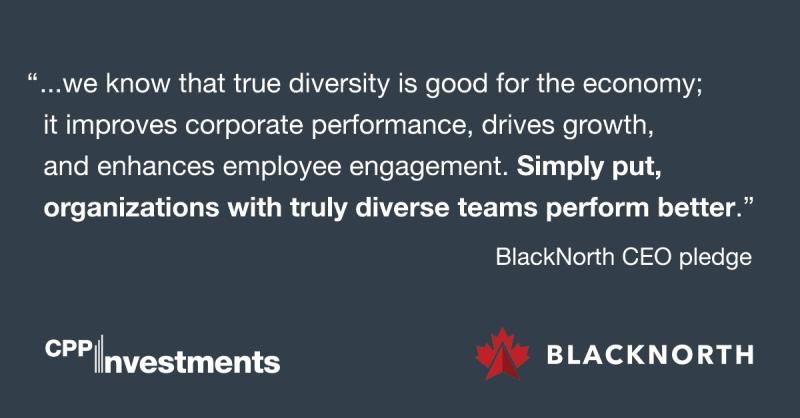 JG: Your professional journey has been inspirational. You grew up in Jamaica, moved to Canada in 1985, started out in the mailroom and rose to success. What was that like?

WH: You hear people talk about the Canadian Dream, and my story unfortunately is hard to replicate these days. When people like my dad came to Canada, their vision was to just put their heads down, work, and they would be OK. That vision is slowly disappearing. I never met a successful Black person on my way climbing the corporate ladder—not a single one. But the people I did meet put me in positions of responsibility and, as a result of those sponsors, I kept getting opportunities. That’s one of the things we lack today: people willing to sponsor Black people to help them along.

JG: As of September 13, 2020, 301 companies have signed the BlackNorth pledge. Are you happy with that progress?

WH: There are 1,500 companies on the Toronto Stock Exchange (TSX). They are accessing public money and they are supposed to represent the public good. Every single one of those companies should sign this pledge. It’s like the gender diversity conversation: as of last year, every company on the TSX Composite Index had a woman on its board. Yet on the issue of anti-Black systemic racism, we are not getting the same response.

CPP Investments and other major investors can encourage these companies. I believe activist investors will start to set demands, just like they did with gender diversity. What did people use to say about gender diversity? “We just can’t find a qualified woman.” That is offensive and insulting. They say the same thing about Black people. One of the most successful Black Canadian businessmen has never been asked to serve on a board in this country, and he is a billionaire. If we don’t think there is a systemic reason behind that, we are hiding behind our privilege. Black people represent 3.5 per cent of the population but they are excluded from the decision-making process in this country.

By working together toward true diversity and inclusion within our workplaces, industries, and broader business community, we can cultivate meaningful change for our society and end anti-Black systemic racism.” – BlackNorth Pledge

JG: What strategies can organizations use to make inclusion real and not just tokenism?

WH: We should have the uncomfortable conversations. I got an email from a young Black woman who was scheduled to return from maternity leave. She had received a letter that her position had changed—essentially, she got demoted. The person she would now report to is a white man who doesn’t have the same education or experience as she does. I said, “You have to let the company know this is unacceptable.” When you see something wrong, you have to call people out on it. And you have to listen to your Black employees with empathy. That’s what they’re asking of their bosses, their colleagues: “Just listen to my story.”

Also, economic empowerment is very important for the Black community. When I started Kingsdale, I couldn’t get a dollar from any institution. There are great Black businesses that need support with capital and in getting to the next level of scale.

The voice of youth

JG: In mid-July, BlackNorth hosted a virtual summit of business leaders, and having those difficult conversations was one of the themes. Personally, I remember, after the George Floyd killing, saying to my colleagues, “How are we going to talk to our teams about this?” I have two children and my wife and I talked to them. I said to my 13-year-old daughter, Elise, “This shouldn’t happen,” and she looked at me and said, “Dad, this can’t happen.” And I realized we were saying different things. And she was right. So, when I mentioned that I was speaking with you today, she wanted to take the opportunity to ask a question.

Elise Graham: I really appreciate being able to speak with you. My question is: What should my generation do to help end systemic racism in Canadian society?

WH: First of all, without you and thousands of kids like you, we would not be here today. Literally. I would not be doing this if it wasn’t for my kids saying, “What are you going to do about it?” We had disappointed them with our response, so they said, “We are going to risk getting COVID-19 and march in the streets”—and the majority of those marching were not Black. They’re saying, “This is not the world I want to live in. I don’t view my Black friends this way and I don’t want to leave them behind.”

Think back to the 1970s, when young people protested against racism. Then they joined corporations and didn’t realize that the Black and Indigenous communities were not moving up with them. You get to a certain point in life and look around you and everybody looks like you. You’ve become comfortable. Those people who were fighting for equality back in the 1960s and ’70s are the same people who have the keys to power now, and the people we were trying to help then are now saying, “Please give us a job, give us an opportunity. Help us.”

I am thankful for the young people like you, Elise—because, without you being the consciences of your parents, we would not be here today. That’s why I know this time is different. 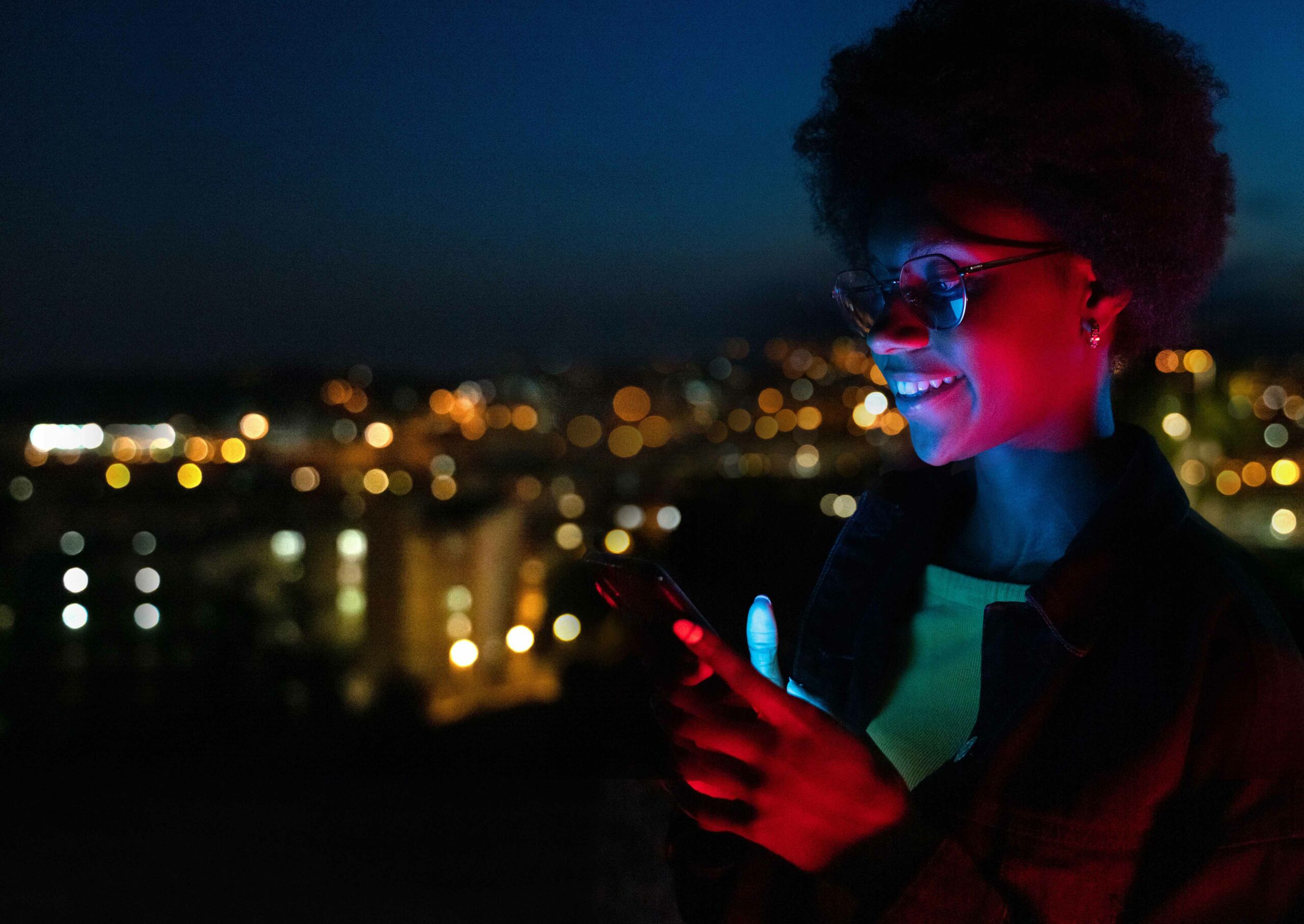 SuperApps dominate digital life in Asia. Will they do the same in other markets?

SuperApps dominate digital life in Asia. Will they do the same in...

Thanks for subscribing to CPP Investments

Sign up for our latest news, insights and reports